China May Use Crypto to Incentivize its Army: Pump Incoming?

Just as the blockchain hype in China appeared to be simmering down some, The People’s Liberation Army (PLA) Daily –  a state-sanctioned newspaper of the Chinese army – proposed a blockchain-focused overhaul of the country’s military.

According to the report, personal data management may be shifted to the blockchain to increase efficiency. Further, crypto tokens could be used to incentivize soldiers to heighten performance in both missions and training. Information pertaining to military personnel such as training reports and mission data would be collated via blockchain technology. 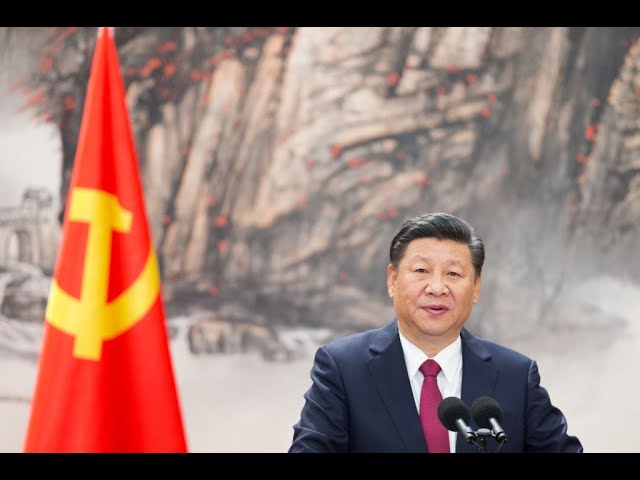 This would create a personal record stored on the database, which would, in turn, be used to evaluate performance. Tokens would be rewarded for achievements, and deducted for poor performance, the PLA relays. At present, the PLA rewards and promotion system is a lengthy process that only recognizes exceptional achievements.

Analysts believe that blockchain will transform the current awards system, reinvigorating soldier participation by providing real-time bonuses. According to Global Times, analysts estimate that the token itself will not be circulated as money, but rather be exchangeable for predetermined rewards.

Is Another China Crypto Pump on Its Way?

China’s obsession with blockchain is a relatively recent occurrence. Within a speech given back in October, premier Xi Jinping hailed blockchain in its potential to revitalize both China’s business sector and the broader economy.

This caused a substantial ripple throughout the crypto markets, which has since been referred to as the “Xi pump.” Impressively, the phenomenon first manifested itself in a 14% bitcoin rally, despite bearish calls to the contrary just days prior.

Several days later, a frenzied purchasing of Chinese cryptocurrencies ensued with NEO, TRON and Qtum posting hefty gains. NEO and TRON posted a respective boost of 46% and 30% within two days of the speech. Similarly, the Chinese smart contract platform, Qtum, cited a 50% hike in the same time frame.

But will this latest blockchain proposal lead to another pump? Speaking to CCN, Dr. Fan Long –  founder of the Chinese blockchain protocol Conflux – noted that China’s blockchain push would undoubtedly trickle into the industry at large.

China has been pushing the development of Blockchain technology in recent years. It has many sandboxes all over the country for entrepreneurs to develop their own businesses based on Blockchain technology. With President Xi’s recent announcement, it will give the whole industry an even bigger push.

Moreover, Long suggested that the advertorial benefits of China’s blockchain approval will lend itself to further mainstream adoption.

In the wider context of Blockchain adoption, China’s current Blockchain push is setting about educating 1.4 million people about the  technology. This means that around one-fifth of the global population will know about Blockchain technology, which is superb in terms of the industry being adapted by the mainstream masses.

Seizing the Opportunity of Blockchain

Of course, it hasn’t just been the crypto markets rising to the occasion. Since Xi’s speech, there has been a targeted effort to adopt blockchain from provinces all over the People’s Republic. Heeding Xi’s call to “seize the opportunity” of the nascent tech, the city of Guangzhou initiated a subsidy for “outstanding blockchain projects.” Local reports detailed that the city was planning to sponsor two projects per year, offering up to $1.5 million in funding.

This reinvigorated position on blockchain also ostensibly led to a softened stance on cryptocurrency mining.

It was recently revealed that bitcoin mining in china was no longer on a list of industries to be “eliminated.” Several weeks ago, the National Development and Reform Commission (NDRC) published its “Industrial Structure Adjustment Guidance Catalogue” – a recommended outline of Chinese industries to be encouraged, reformed or eliminated.  Despite previously being proposed for elimination, crypto mining wasn’t included. Given China’s relative dominance in bitcoin mining, this was no small miracle for the cryptocurrency industry.

Interestingly, this followed a call from  Jiang Yang, former vice-chairman for China’s Securities Regulatory Commission, for Sichuan to harness its cheap electricity for crypto mining. According to Yang, the province’s efficient hydropower resources would be a perfect fit for power-hungry mining companies.

Indeed, thanks to its long rainy season, Sichuan witnesses below-average electricity tariffs. Ironically, bitcoin’s recent hashrate lull coincided with the end of China’s rainy season, with many pointing to a causal relationship.

As China continues its blockchain adoption campaign, it seems likely we’ll see this reinvigorate competition between nations – something that could reignite the crypto markets.